How very odd! And the council take our Council tax with sewerage, but know nothing of where it all goes, Do you believe them?

Carrie Fisher made this Freedom of Information request to Conwy County Borough Council
This request has an unknown status. We're waiting for Carrie Fisher to read a recent response and update the status.

Dear Conwy County Borough Council, Re -Colwyn Bay Sewerage Please can you tell me where the Sewerage from Colwyn Bay goes? Is it to a sewage treatment plant? or does it go out to Sea? Thank you.
Yours faithfully,
Carrie Fisher
Link to this

9068-16Dear Sir/MadamNo information is held - Welsh Water may have the information you require and they can be contacted via the following link:http://www.dwrcymru.com/en/Contact-Us.aspxIf you are dissatisfied with the handling of your request, you have the right to ask for an internal review. Internal review requests should be submitted within two months of the date of receipt of this response and should be sent to the address below. Please ensure all email correspondence is sent to the [Conwy Council request email] email address.If you are not content with the outcome of the internal review, or if you are unhappy with this response you may appeal to the Information Commissioner’s Office – Wales, 2nd Floor, Churchill House, Churchill Way, Cardiff, CF10 2HH.Uned Llywodraethu Gwybodaeth/ Information Governance UnitCyngor Bwrdeistref Sirol CONWY County Borough CouncilE-Bost / E-Mail: [Conwy Council request email]show quoted sections
on May 26, 2016 No comments: 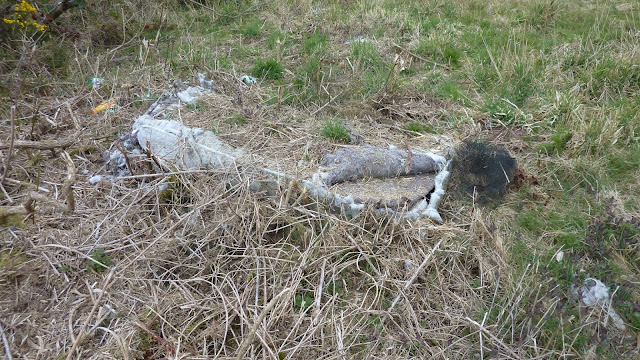 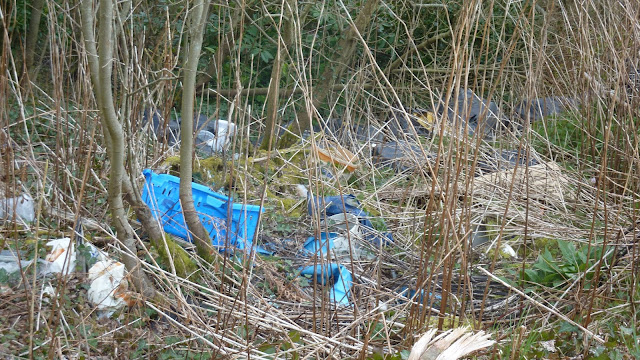 Dog owners risk fines of up to £175 if they are caught walking their pets on restricted beaches this summer and fail to clean up after them.
Conwy Council warn that dogs are banned from certain beaches in the county between May and September because they are busy with holidaymakers.
Some residents in Colwyn Bay are backing the ban.
Rob Monaghan of Colwyn Bay feels that dogs should be banned from the beach between Victoria Pier and and West Promenade because “careless and thoughtless” owners fail to pick up after them.
He is also concerned that the vast majority of dog owners allow their pets to roam free.
Mr Monaghan said: “I am a dog lover but I find it appalling that dogs are allowed on this beach where they invariably, as dogs do, defecate and urinate indiscriminately.
READ: Dog mess fears for Colwyn Bay beach
“Perhaps I have missed one or two but I see no signs at beach access points, or anywhere else on the promenade for that matter, warning the public of the penalties of not picking up dog mess.
“First and foremost dog fouling is a health hazard, I have been told of families whose young children have found dog excrement while playing in the sand.
“Tourism is very important to Colwyn Bay, and beaches must be near top priority.”

However, Mr Monaghan believes the best solution is for dog owners to take their pets to the area between the Porth Eirias and Old Colwyn end of the promenade all year round instead, claiming the beach there is more suitable.
READ: Dog owner's distress over fouling fine
He added: “Surely it makes a lot of sense, health-wise, financially, and for the future of tourism in Colwyn Bay to ensure that our beaches are clean, safe, and inviting for adults and children, visitors as well as locals.
“It will result in A cleaner, healthier and safer beach between Victoria Pier and West Promenade for adults and children to enjoy.”
Mr Monaghan has now contacted Conwy Council as well as Keep Wales Tidy in the hope that they will review their decision to allow dogs on this beach.
A spokeswoman for Conwy Council said Dog Control Orders came into effect in 2012 to oblige dog owners to clean up dog faeces; to keep dogs on a lead; to put dogs on a lead when asked to by an authorised officer, and also to prohibit dogs from specific locations.
She said: “The serious issue related to dog fouling and the control of dogs is one of the problems that gives the most cause for concern amongst members of the public and the council takes its responsibilities on the public’s behalf very seriously.
“Anyone who is caught allowing their dog to foul in a public place and failing to clean it up will face a fixed penalty notice (FPN) of £100.
READ: Dirty dog owners draw angry protests from residents
“Dogs off their lead; not putting a lead on when asked by an authorised officer; or being in a dog exclusion zone will face a FPN of £75.
“Failure to pay the FPN will result in prosecution with a maximum fine of £1,000.”go
Barney63
Firstly, I would like to quash the myth that this man is a “DogLover” as he clearly is not, this is the type of statement people make whenthey try to justify their ridiculous comments,
Most responsible dog owners do pick up after their dogs, andmost despise those fools that choose not to, I full support them being prosecuted for failing to clean up after their dogs, I would like to add a few points regarding this “story”
If a dog is going to defecate anywhere, and the irresponsible people are not going to pick it up, the beach is actually the best place for this to happen, as it’s the only place on earth that actually cleans itself twice a day!

This is a no go area for dogs between May andOct, and has been for quite some time, and it IS signed posted! He can’t have looked very hard

I suspect this is more to do with where he livesand nothing else, this is evident with his comments “why can’t they use the other side of the pier?” it’s still the beach! What difference does it make! Other than perhaps it’s not on his “doorstep”
on May 26, 2016 No comments:

Carrie Fisher made this Freedom of Information request to Conwy County Borough Council
This request has an unknown status. We're waiting for Carrie Fisher to read a recent response and update the status.

Dear Conwy County Borough Council, Re -Colwyn Bay Sewerage Please can you tell me where the Sewerage from Colwyn Bay goes? Is it to a sewage treatment plant? or does it go out to Sea? Thank you.
Yours faithfully,
Carrie Fisher
on May 09, 2016 No comments:

I love reading these FOI requests!

I wonder if the council will answer this? I'm sure it can't be true, A council staff member wouldn't be that stupid surely?

Dear Conwy County Borough Council, Hi There, Please can you supply the following information, Is a female Mental Health Social Worker from Llandudno Adult Mental Health Service currently under investigation for posting Pornography of herself on to the Internet? I have a very good reason for asking.
Thank you.
Yours faithfully,
Kimberly Parish.
on May 09, 2016 No comments:

It's been nearly a year and the council have still to answer this request! Wonder why the delay?

Dear Conwy County Borough Council,
Driving past the Skip the other night, my wife and I were rather shocked to see such a blaze of Lighting from and around the Skip(Porth Eirias) The cafe had long closed, and this mass of lighting seems such a waste , thus please can you tell me what the lighting costs are for the skip, since it was first connected to the electric, either yearly or quarterly, but for each year since it began, thank you.
Yours faithfully,
james eden
Link to this

Diolch am eich neges e-bost. Os ydych yn gofyn am fynediad at wybodaethdan delerau Deddf Rhyddid Gwybodaeth 2000 cewch ymateb o fewn ugainniwrnod gwaith. Thank you for your email. If you are requesting access toinformation under the terms of the Freedom of Information Act 2000 youwill receive a response within twenty working days.
Link to this

Dear Mr EdenCCBC does not hold any information on any lighting costs for any skip.If you would care to rephrase and/or re-submit your enquiry clearly referring to and identifying any particular building by its registered name then your enquiry will be reconsidered.If you are not content with the outcome of the internal review, or if you are unhappy with this response you may appeal to the Information Commissioner’s Office – Wales, 2nd Floor, Churchill House, Churchill Way, Cardiff, CF10 2HH.Please ensure all email correspondence is sent to the [Conwy Council request email] email address.Yours sincerelyDerek O'ConnorRheolwr Llywodraethu Gwybodaeth / Information Governance ManagerCyngor Bwrdeistef Sirol CONWY County Borough CouncilE-Bost / E-Mail: [email address] show quoted sections
Link to this

I believe it's official name is Porth Eirias, however locals refer to it as the skip, due to it's build, so my apologies for any confusion, but please clarify the above request for the [Porth Eirias} on colwyn bay prom, just infront of the Eirias park entrance off the prom, thank you 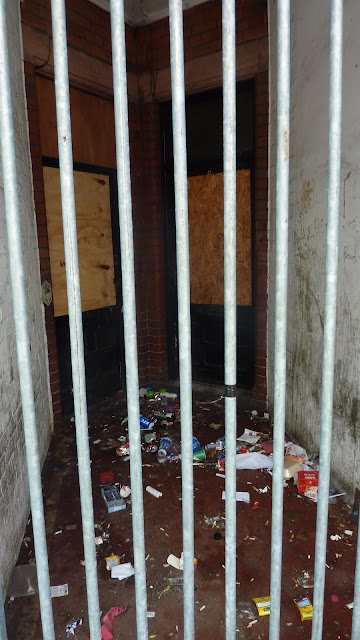 This wire gate has been erected right next to the KFC in the center of town, due to vandalism and anti social behaviour. 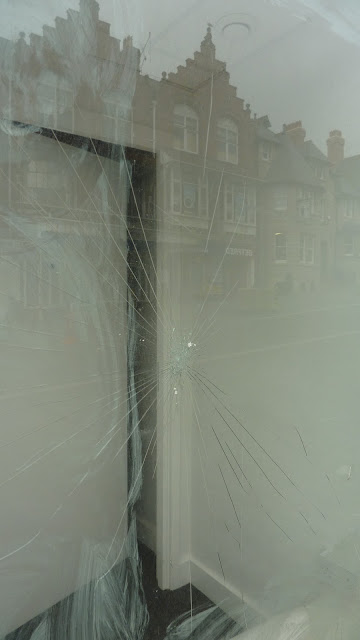 And above a shop window smashed in the middle of town, just opposite WH Smith who have also had one of their doors smashed in. Lovely place Colwyn Bay.