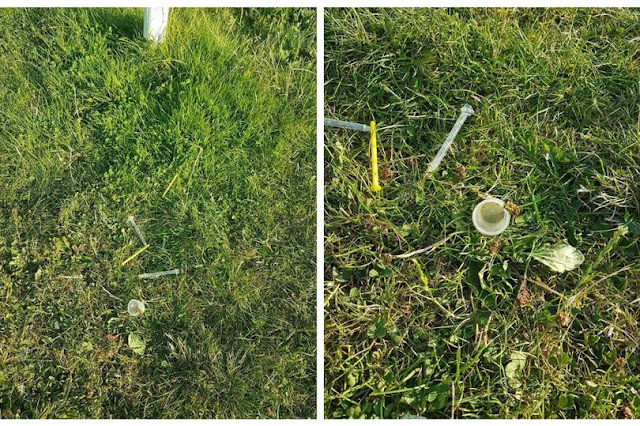 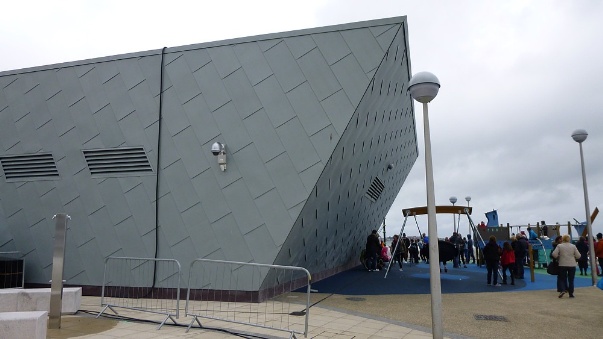 9999-16   Dear Sir/Madam   Apologies for the delay - Please find below information in response to your Freedom of Information request.  I wonder why repairs took such a long time, if the council are now denying that there were any problems with who was going to pay for repair costs on the Skip? It seems a very small amount of money with all of the work, Skip Hire, New Materials and Surveys.
1. No  1. N/A  1. N/A  1. £24,755.32.   1. Operational budget.
If you are dissatisfied with the handling of your request, you have the right to ask for an internal review. Internal review requests should be submitted within two months of the date of receipt of this response and should be sent to the address below.
22nd December 2016,
It is confirmed that the council holds the information that falls within the description specified in your request however it is considered exempt from disclosure by s36 FOIA and Reg 12(4) (e) EIR. The precise legal position with regards to liability remains unclear at present and it is considered that to disclose the requested information before any necessary decision/s are taken would be prejudicial to the interests of CCBC. Both s36 FOIA and Reg 12(4) (e) EIR are subject to the public interest test which means that any decision to withhold the information is also subject to the public interest test. In such a case, if it is deemed to be more in the public interest to disclose the information, it should not be withheld.
It is my view that the public interest is best served in the withholding of the information at this time. Please accept this correspondence as a refusal notice under s17 FOIA and Reg 14 EIR. Once the position is resolved then the requested information may be considered further for disclosure upon request.
The Previous Reply and below the original request.

Donald Saunders made this Freedom of Information request to Conwy County Borough Council
Follow
1 follower
We're waiting for Donald Saunders to read a recent response and update the status.
Donald Saunders 22 March 2017
Delivered
Dear Conwy County Borough Council,
Please can you advice the following-
You have announced today that the leaking roof is now to be repaired, so can you please provide the following information.
1, Has all Litigation around the Building now been settled? 2,What was the outcome? (I reference this from you previous reply on the FOI, on this site, explaining that you could not at the time release any costs due to the current litigation) 3,What has been the total cost of the litigation? 4, What are the estimated costs of repairs to the roof and other structural work during repairs? 5,Where is this money to come from? Thank You Kindly.
Yours faithfully,
Donald Saunders
on April 27, 2017 No comments: 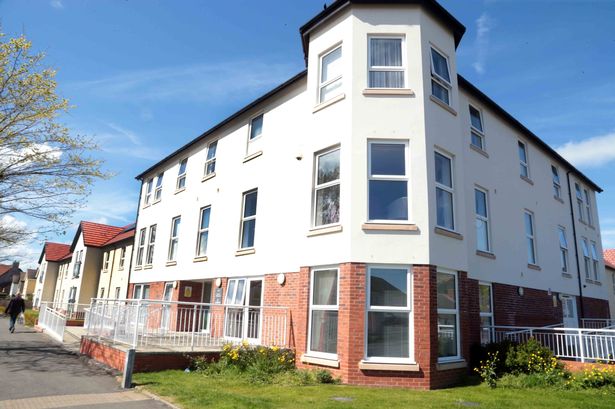 The flats in Llandudno

( Well they are supported Flats, so maybe the intruder needed support!!)


An 82-year-old woman told of her shock after waking to find an intruder asleep on her sofa in a flagship sheltered accommodation.
Terrified grandmother-of-five Mamie Thelwell, who is on a waiting list for a heart operation, feared she could have been “murdered or stabbed” when she discovered the man in her flat on Palm Sunday.
Cartrefi Conwy, which runs Cysgod y Gogarth, Trinity Avenue, Llandudno, yesterday admitted a “serious lapse in security” and blamed a faulty latch for allowing the man into the complex.
Mrs Thelwell said: “When I got up I spotted that the light in the kitchen was on as was the telly and then my eyes saw this black apparition on the sofa.
“There was a man dressed all in black with fair hair lost to the world on my sofa.
“I put my hand over my mouth to stop me from screaming and crept past to speak to my friend next door. We phoned the police.”
The police arrived in minutes and questioned the man, who said he had got drunk and was told by a friend he could sleep there.
Mrs Thelwell, a former lab assistant with two daughters, added: “He obviously got the wrong place but I’m still wondering how on earth he managed to get into the building.
“Stupidly I’d left my front door unlocked.
“I’m glad in a way it happened to me as other residents are very frail here some are in wheelchairs.
“And even though this man may have been harmless it has left me feeling very vulnerable and I needed tranquillisers from the doctor.”
Mamie added: “My daughter has had to stay over and other residents are feeling very scared.”
A Cartrefi Conwy spokesman said: “The safety and well-being of our tenants is always our paramount concern and we have apologised to Mrs Thelwell for this serious lapse in security which fell below our usually high standards.
“The problem was caused by a faulty latch mechanism which enabled the young man in question to gain entry into the building via the scooter store.
“The mechanism has been fixed and the building is once again completely secure.”
A North Wales Police spokeswoman said: “The matter has been fully investigated and it has been found that no criminal offence has been committed.
“However officers are working with partner agencies in a bid to establish how the male gained entry into the property and to ensure that the same thing does not happen again.”
from...http://www.dailypost.co.uk/news/north-wales-news/llandudno-grandmother-feared-shed-murdered-12949577
on April 27, 2017 No comments:

Llandudno ....Getting worse by the second! 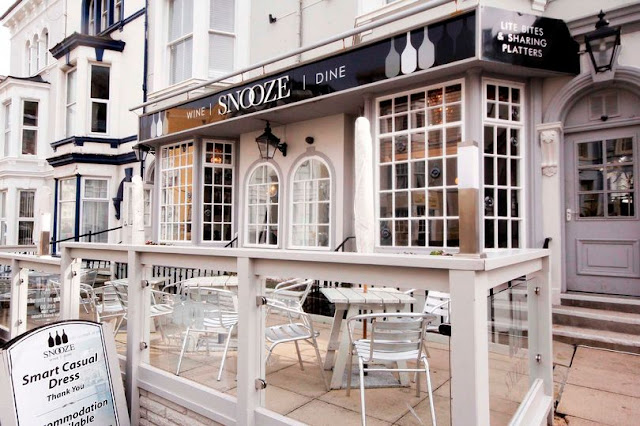 Llandudno landlord threw partner to the ground and stood on her neck before attacking cop!

from - http://www.dailypost.co.uk/news/llandudno-landlord-threw-partner-ground-12927911
A 38-year-old man who attacked his partner and a police officer could lose his alcohol licence.
Police drew the attention of magistrates at Llandudno today to power to forfeit or suspend the licence in the event of a conviction for violence.
After an application by solicitor Gareth Parry for an adjournment to prepare a defence for the alcohol licence, Joseph Barnett, of Church Walks, Llandudno, was given conditional bail to appear for sentence next month.
He had pleaded guilty to assaulting his partner Jushina Agnieszka, 34, assaulting PC Mark Walker and using threatening behaviour against him.
Prosecutor Sheyanne Lee had shown video from a body camera which showed Barnett swearing and struggling violently when police arrested him. They had to use incapacitant spray to subdue him.
She said Barnett and Miss Agnieszka were joint licensees of the Snooze Bar at Llandudno.
On the evening of April 2, he had thrown her to the ground and stood on her neck in their flat above the bar.
Two officers went to the flat and Barnett shouted obscenities as they led him out.
PC Walker described in a statement how he had been kicked and winded without provocation.
Mr Parry said: “Mr Barnett has virtually no recollection of the incident but he accepts the body cam video and the assault on his partner.”
The solicitor said there had not been any advance notice regarding the licence.
Barnett’s livelihood and that of employees could be at stake. A pre-sentence report has been sought.

Llandudno - A body has been discovered on Deganwy beach

A BODY was found on Deganwy beach during the Easter weekend.
The Llandudno Coastguard were called shortly after 9am on Saturday, April 15 to reports of a person on the beach.
After arriving at the scene the crew established that the person had died.
North Wales Police were also in attendance
In a statement on their Facebook Llandudno Coastguard posted: "We were paged this morning a little after 0900 to reports of a person on the beach at Deganwy.
"On arrival it was established that sadly the person was deceased. We assisted the Police with the recovery from the beach and were stood down.
"Our thoughts and deepest sympathy go out to the family of the deceased at this very sad time."
on April 20, 2017 No comments: 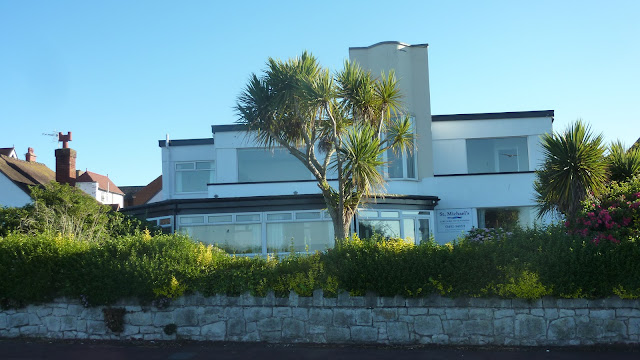 Sad news today, the stunning Art Deco Gem in Rhos on Marine Drive is to be destroyed for a block of Five flats.Thank you to the councillors who did all they could to stop this block of flats being built, but sadly the community voice lost and sadly ruthless profiteers came first.
Their build around the corner is an awful carbuncle, as this will be, just look at the photos below, from Colwn Height! The Block of flats stands out a mile! And this photo was taken 1 mile away!!
Sadly the plague of Flats is hitting Rhos again with two more historic buildings soon to be flattened for flats just a stones throw away from this. Very sad as Rhos on Sea is being destroyed at an alarming rate. 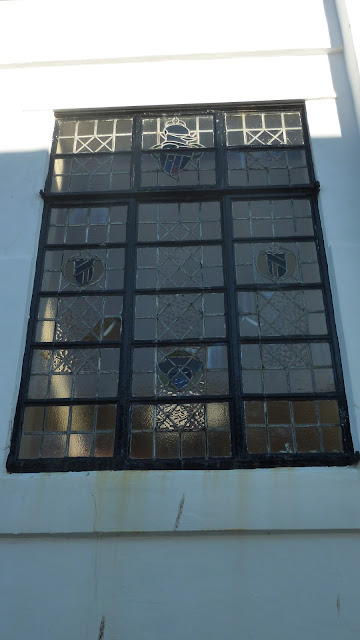 Above the Art Deco family Crest. 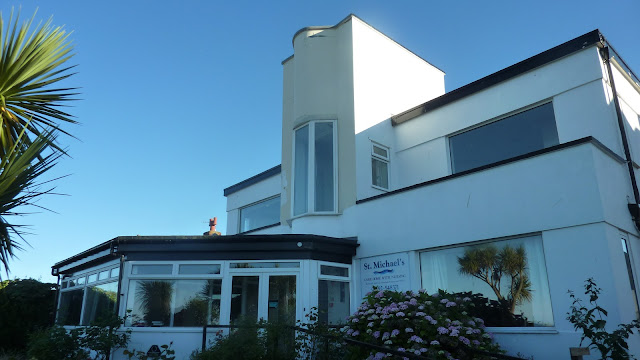 This Stunning Art Deco Building will soon be Landfill! 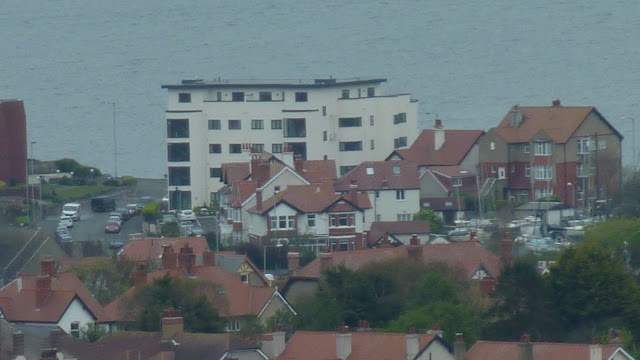 Above and below, you can clearly see how this block of flats is not in keeping with the area, it's way too large and look at the view it blocks. This short of thing should be illegal as it is destroying our area. 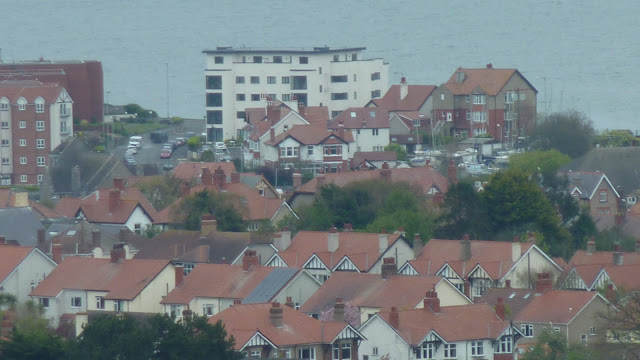