Colwyn Bay... Pedestrian Who Was Hit By Car Makes Appeal For Information! 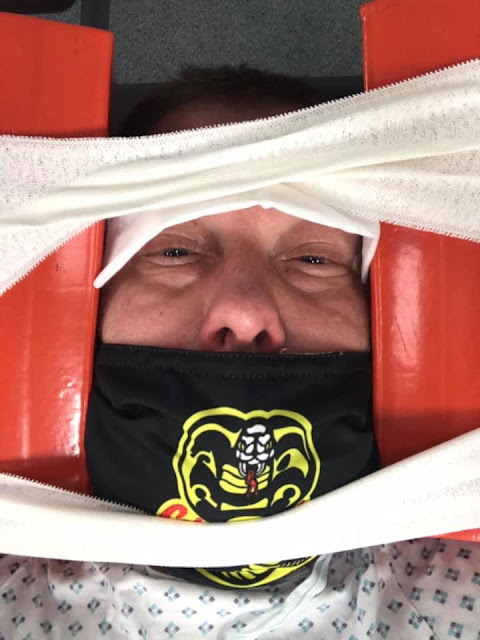 This is shocking but in the victim's own words below, I hope the driver is caught. This appeal appears on Facebook. If anyone saw anything please get in touch on 101 or contact Barry Andrew Wareing on Facebook. Thank you.

I've resisted for two weeks to make it public knowledge. But at 17.05pm on November 14th, I was hit by a car (Silver Vauxhall Zafira) outside the Conwy council building in Colwyn Bay whilst crossing the road. I was walking to meet my Dad, and Benjamin who was dropping my sister to her car further uptown, and we were all going for a meal in Llandudno.

I still don't know how it happened as I'm normally very cautious crossing roads. All of a sudden I looked left and saw headlights coming towards me and the next thing was flying through the air.

The man who hit me got out and helped me to the pavement. He then moved his car into a bus stop a little further on and came back to see me. My initial reaction was to get to my feet as I didn't want Benjamin to see me injured on the floor.

I told the man I was fine and that he could go. In hindsight, I should've got his details and called an ambulance as I was in a lot of pain a short time later.

My sister then took me to Glan Clwyd Hospital where I underwent numerous X-rays and a CT scan. Long story short I suffered heavy bruising and a double fracture to my right leg. Police would like to speak to the driver but unfortunately, CCTV can't make out the registration as it was dark at that time!! 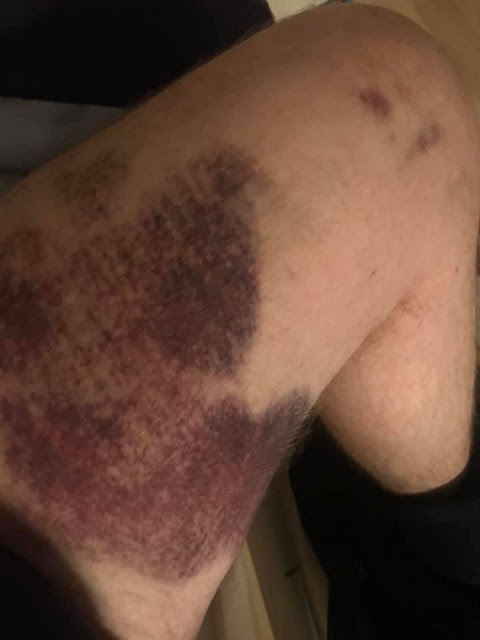 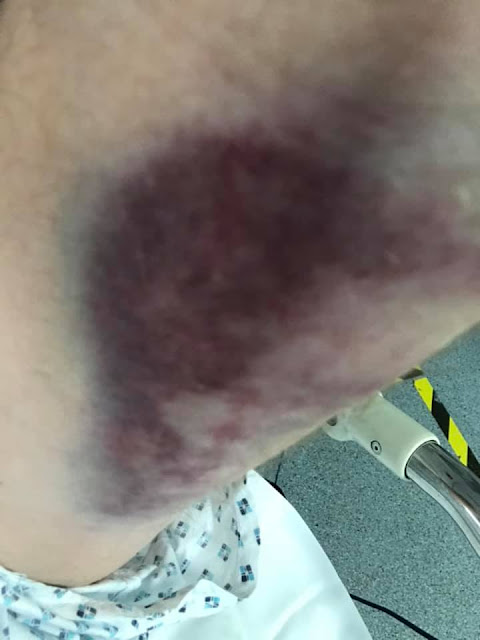 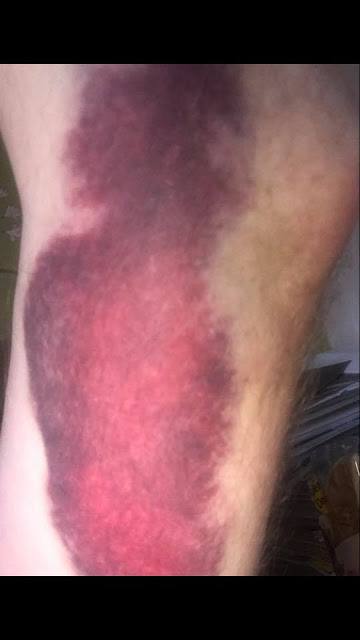 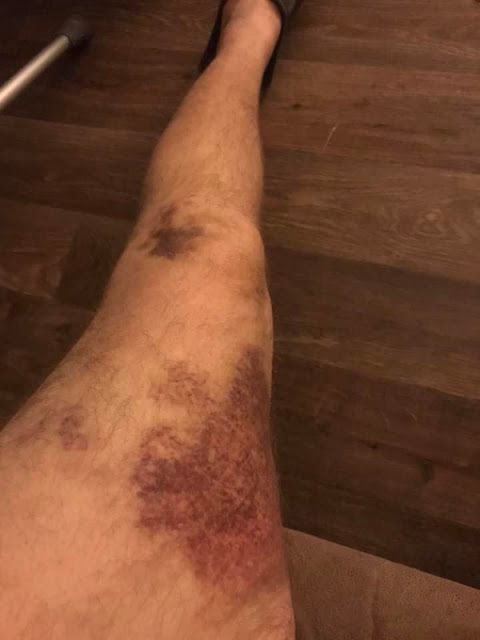 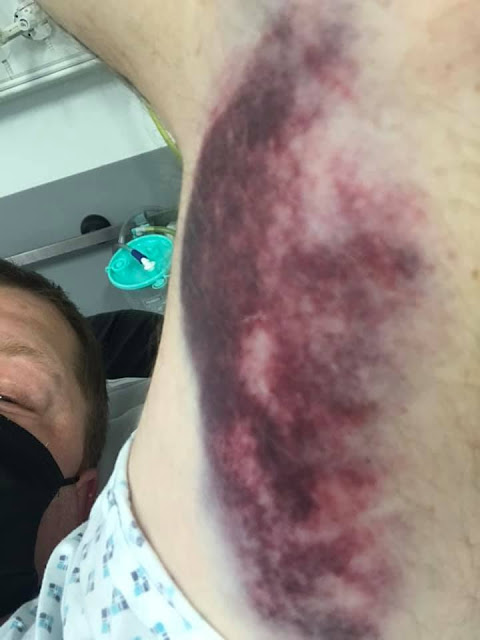 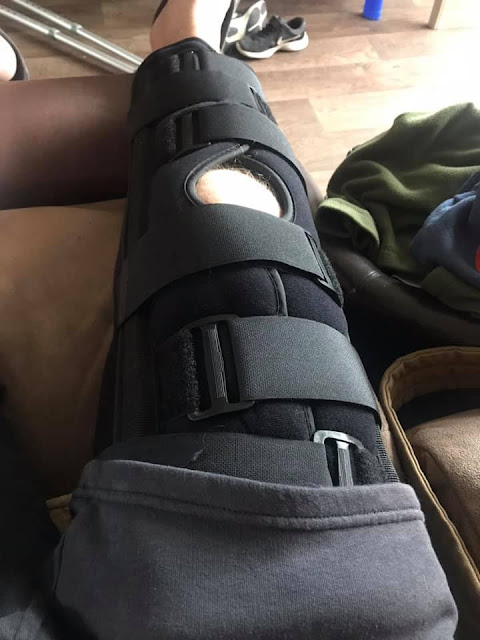