Colwyn Bay..... New plans aim to return full Pier to its former glory within a decade. 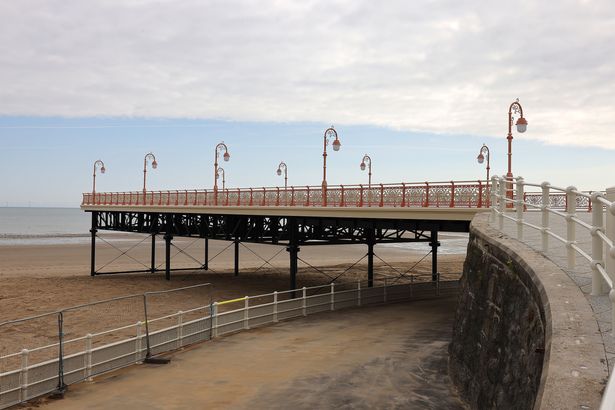 It would be wonderful to have the Pier back, all new and restored.

Plans are being prepared to return a pier to its former glory with hopes it would benefit the entire community.

The aim of the project is to build upon the work recently completed by Conwy County Council and to further develop and extend the pier by restoring it to its former glory, with the trust saying they want to "offer a 21st-century solution that benefits, visitors, residents, and the business community".

Conservation architects Donald Insall Associates have been appointed by the trust to assist in exploring wider opportunities for the pier and their aspiration is to extend it.

A director of CVPT Amy Sue Dyke said: "There are some really interesting ideas being considered and we are determined more than ever to restore the pier to its full glory.

"Admittedly this is all going to take time because of the funding needed and first of all we need to be granted a lease from Conwy County Council so that the new temporary venue can be erected and perhaps some temporary facilities such as wooden huts be put up so that we can start the process of raising funds.

"Lottery heritage grants can also be accessed so it's not necessarily true that tax payer's money will be used to fund the project."

She added: “Activity down at the waterfront will have wider benefits to the town and region.

"Donal Insall Associates are working on some designs for us now and we plan to give a presentation to the local authority by the end of the year, or at the beginning of 2022.

"We've realized we need to be swift as we've heard rumors that other parties are interested in the pier to do something with the space there.

"Many people have mentioned to us that there are no facilities on it such as benches and there's no cafe, but it's out of our hands until the owners - Conwy Council has given us the lease."

The trust has stated they'd like to provide a year-round facility for the area that will be compatible with already established venues such as Theatr Colwyn.

The trust has already been in discussions with Conwy to take on operational responsibility for the pier, but this will be partly dependent on developing the right business model.

A survey has been launched by the trust to gather the interests of not only the local community but everyone who has an opinion on the pier and ultimately the future of Colwyn Bay.

You can find the survey here.