Conwy..... 'Lumps of poo' and toilet paper running into river from sewer! 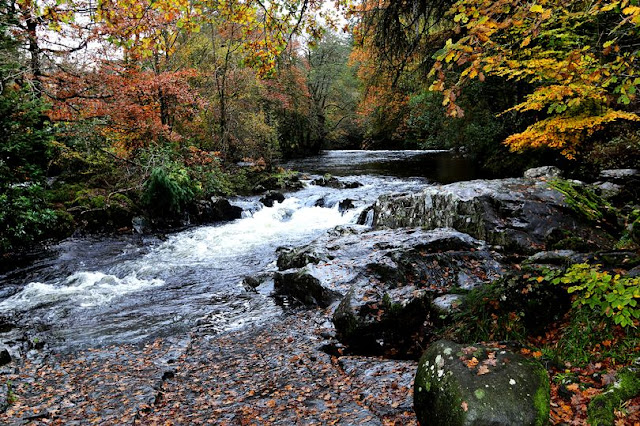 Nothing new here, this has been happening for years!

Welsh Water has no plans to fix a flooding sewer system despite rivers of human excrement regularly running down the main road into a tributary of the River Conwy.

"Lumps of poo" are said to seep from a manhole cover at the lay-by on the A5 at Capel Curig whenever rainfall is heavy, with the sewage stream carrying used toilet paper towards farm fields and a river.

The sewage then runs into the Afon Llugwy, a tributary of the River Conwy, raising serious environmental fears.

The lay-by is between Capel Curig and the nearby army camp, but angry councilors say the problem has persisted for nearly 20 years.

It’s thought the problem is caused by narrow pipes in a sewage system that dates back to Victorian times.

Despite an outcry, Welsh Water admits they have no plans to carry out work to fix the problem.

“I’ve been a councilor since 2004, and the problem has been there since then and before,” she said.

“We’ve reported it and reported it to Dwr Cymru, and all they say is ‘it’s only a hamlet’ and ‘we don’t get enough reports coming in to go to the top of the list to be actioned’.

“We are told they are Victorian drains, so they fill up very quickly. But the main sewer that comes down into the village is nine inches wide but goes into a six-inch pipe heading to the treatment works, and they know that is what the problem is.

“The sewage raises the lid off the manhole. It is disgusting. There are lumps of poo all over the place, and you can see it in the field as well. People are in despair because neither the NRW nor Dwr Cymru are seemingly doing anything about it and expect the community to keep on reporting it.

She added: “We are never going to have sufficient complaints to warrant it being high on their list.”

“It’s been going on for a long while,” he said.

“Following heavy rainfall, it flows out of the manhole cover and then runs down the lay-by.

“Obviously there is a health risk, and it’s very unsightly having toilet paper and raw sewage lying around at a popular lay-by, and we are worried about the health side as well as it flows into a ditch and into the stream.”

But despite the environmental and health concerns, a spokeswoman for Welsh Water said they had no plans to fix the sewer system.

"We are aware of flooding from a combined sewer network near the lay-by in Capel Curig and fully understand local concerns regarding the situation," she said.

"The combined sewer there carries wastewater and surface water, and while our investigations show that the system is in good working order, the flooding is linked to too much rainwater entering the system during periods of heavy rainfall as we have seen over the past few weeks. This is partly due to the more intense rainfall events we are now seeing due to climate change.

"As we operate a vast network of over 36,000km of sewers – which is enough to stretch to Australia and back – we have to prioritize our investment and work with other agencies to support those areas most at risk of flooding.

"This includes those areas where the local sewer networks get overwhelmed by extreme weather and flooding enters the homes of customers.

"As a result, while we do not have plans to undertake any work on the system in Capel Curig in the short term, we will keep this situation under review."