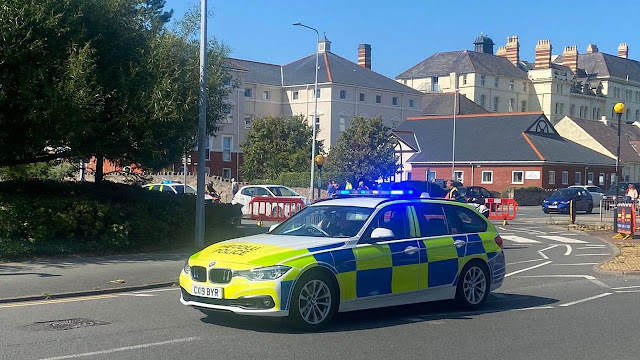 Just what goes on in Llandudno Hotels?

A 36-year-old man was arrested during a raid at a property in Llandudno as part of a cross-border investigation into forced labor and human trafficking offenses.

Two other arrests were made in Staffordshire during a planned operation by the Gangmaster and Labour Abuse Authority (GLAA).

The GLAA is a government agency with a remit of protecting vulnerable and exploited workers.

The raids were carried out as part of Operation Seddon, which was launched after a member of the public raised concerns about possible exploitation at a hotel in Llandudno in Conwy.

Thanks to this information, the GLAA was able to safeguard two female British nationals who claimed to have been paid £250 a month for working 60 hours per week.

One of the alleged victims was said to have been kept in a cupboard.

It is believed the women were brought to Stoke-on-Trent, where they were then recruited to work at the Llandudno hotel.

Allegedly they were exploited for around a year.

The two women have now been accepted into the government’s National Referral Mechanism.

As part of today’s operation, Staffordshire Police and the GLAA also arrested a 21-year-old man after raiding a city center letting agency in Stoke on Trent.

While there, they conducted a number of searches at the Homes2Let premises, Hanley, to gather evidence, reports StokeonTrentLive.

Officers also detained a 46-year-old man during a raid at a property on Greylag Gate, Newcastle.

They were arrested on suspicion of forced labor and human trafficking offenses, and remain in custody.

He said: “Both victims were recovered into what’s called a national referral mechanism and put into a safeguarding process.

“So they were removed from any danger.

“They’ve been relocated to anonymous locations, they’re being offered all the support that’s available to them and they’re on a process of recovery from their exploitation.

“They’re assisting us at the moment in gaining evidence and making a complaint about their treatment.

So we’re in the early stages of that investigation. But in regards to their future, it’s obviously much brighter now because they’ve been rescued from this exploitative situation.

“One of the victims was from the Stoke-on-Trent area, the other was from up north somewhere, but they were recruited specifically and brought to this area.”