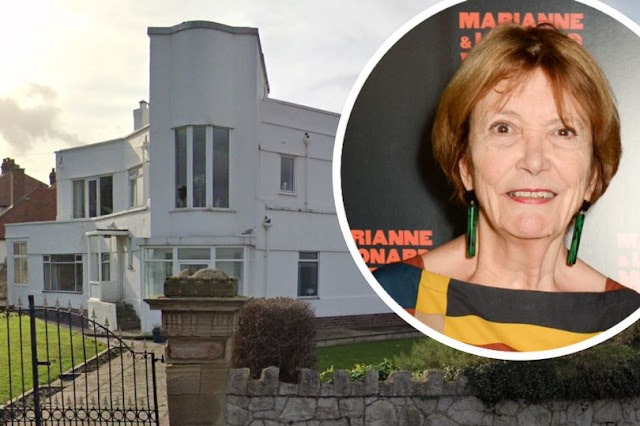 Thank you Joan for taking the time to speak out about saving our Heritage. What a wonderful lady, shame on the developers who want to tear this building down for flats, all for profit. Total scum.

Broadcaster and journalist Joan Bakewell has added her voice to the outrage over plans to demolish an "iconic" art deco house designed by a famous Welsh architect.

The property in question is located in Rhos on Sea on the corner of Marine Drive and College Avenue and was designed by Sidney Colwyn Foulkes (1884-1971) who is known for his architecture around the area.

News that these plans were at an early consultation stage sparked outrage amongst local residents last month and the renowned broadcaster joined the cries for the building to be saved on Twitter last week.

The Labour peer wrote: "Oh a real loss if it goes! Isn't it listed? Does no one care?"

The house, which was built in 1939 and is located on the seafront, is not a listed building as things stand. Residents and the C20 Society, a charity that campaigns for 20th-century architecture, have written to the Council to object to the plans.

Following the announcement of the proposals last month, locals took to social media to express their concerns.

Glenda Tobin wrote on the Residents of Old Colwyn Past and Present Facebook group: "Very sad to hear that an application has been submitted to demolish this beautiful and rare art deco house (designed by Sydney Colwyn Foulkes) on the corner of College Avenue and replace with a new build.

"The house is listed on Coflein, the National Monuments Record for Wales."

She added: "That makes it a non-designated heritage asset.

"If it is noted by the National Monuments Record for Wales then it should be given the appropriate local protection."

One said: "This is absolutely awful. Why are they so determined to destroy these iconic buildings? So many Art Deco buildings have gone from around here; to be replaced by modern flats? Absolute madness."

Another added: "I love this house, how can they knock it down. It’s so beautiful and an iconic part of history."