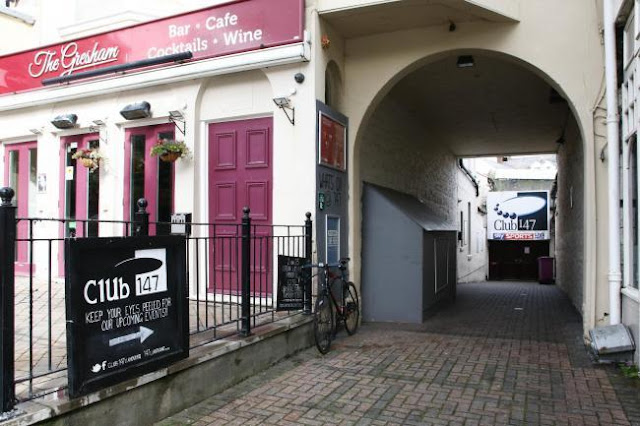 Well done to him to do this, his injuries were horrific. I hope he can help stop or save someone else from going through, what happened to him.

A LLANDUDNO man who was seriously injured following a knife attack is supporting a national campaign aimed at tackling knife crime.

24-year-old Jake Pickstock sustained significant injuries to his throat, head, and the side of his face following the assault at One47 nightclub in Llandudno during the early hours of August 21.

The offender, 19-year-old Alex Jones of Bro Dirion, Holywell left the nightclub and threw the blade into a nearby bin but was soon arrested. He was recently sentenced to 10 years and four months in prison.

As he recovers from the "massive shock" of the attack, Jake has backed calls for people to leave unwanted knives at the police station front counters and recycling centers across North Wales.

The amnesty scheme is part of Operation Sceptre, coordinated by the National Police Chief’s Council from November 15 to 21, which brings North Wales Police and the other 42 police forces and British Transport Police together for a coordinated period of intensification to tackle knife crime in the UK.

"What happened to me was and will continue to be a massive shock to myself and my family, unfortunately, I cannot change that," said Jake.

“What I can change is turning this attack into a positive for North Wales and the fight against knife crime nationwide. My life is focused on achievable goals and preventing an attack like this in the future certainly is achievable.

“Working alongside North Wales Police, Janet Finch-Saunders MS and local businesses to raise awareness and potentially save lives is a positive movement.

“There is no place for knives on the streets of North Wales. Knife crime has an array of consequences that reach further than the victim, young people are ruining their own lives carrying knives and it has a detrimental impact on the families of offenders, and of course, the victims involved.

“I fully welcome the amnesty and this is a great start to moving forward with an ongoing campaign.”

A large part of the police’s work takes place in communities and schools, educating young people on the impact that knives can have on individuals, families, and communities.

This work will continue throughout the week with School Community Police Officers vising schools and colleges to highlight the risks and consequences of carrying a knife.

Inspector Wesley Williams, of North Wales Police, said: “We must ensure that we are doing everything we can to reinforce the message that carrying a knife is unacceptable and that no good can come from carrying one.

“Every incident involving a knife has consequences for all those involved, and so this is an issue we take extremely seriously.

“We take a robust approach to anyone found to be illegally in possession of a knife or bladed article on the streets and I would encourage everyone to take the opportunity to rid yourselves of any unwanted or illegal weapons by taking them to our knife amnesty bins which are located at our police station front counters.

“Knives are dangerous and there is no place for them on the streets of North Wales. Carrying knives or other weapons does not keep you safe. By carrying a knife you are putting yourself in much greater danger, and more likely to become involved in a violent situation and get injured yourself.

He added: “Whilst the causes and drivers of knife crime are complex, early intervention and putting in place measures to tackle the root causes are absolutely essential. We are committed to taking a collaborative approach to tackle knife crime across north Wales and we will continue to build on the already successful work with our partners and communities.

“Retailers have an important role to play in tackling knife crime by ensuring that knives are not falling into the wrong hands. With this, officers will be visiting local retail stores to “knowledge check” staff regarding the sales of knives and the ‘Challenge 25 ID’ approach.

“We are also asking parents, guardians, and extended family members, to talk to young family members about knife crime as you can play a vital role in preventing them from becoming involved. We advise you to try and talk to them openly about the dangers, as well as the life-changing consequences that come from carrying a knife.

“We are grateful for the support from our partners and communities and together, we will continue to work towards removing knives and dangerous weapons and bring those responsible, for carrying and using them, to justice.”

If you have concerns about someone you know or care about, who is carrying or hiding a knife call the Police on 101 or CrimeStoppers anonymously on 0800 555 111, or the Fearless campaign website https://www.fearless.org/en/give-info . Always dial 999 in an emergency.