Llandudno..... A Few Residents Are Bemoan Filming Of Jimmy Saville Biopic In Town! 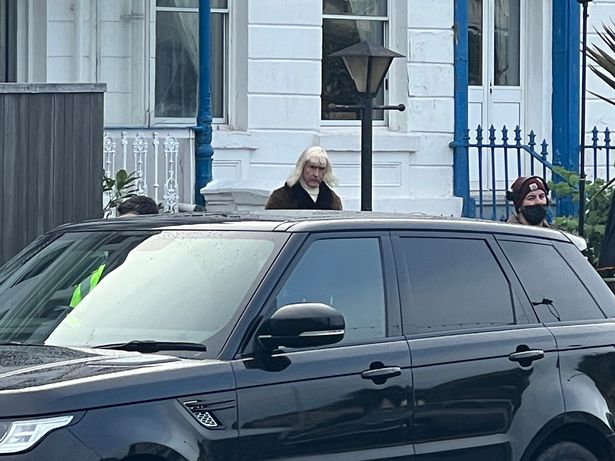 Llandudno really is up its own arse at times! This fading Queen of welsh resorts has a few residents complaining about the filming of the Former Stars Biopic here! Well let us not forget

1, The town has many registered sex offenders living there!

2, A child was murdered by a sex offender there a few years ago at  Romania Drive on the corner of the street opposite Roslyn and Ysgol Gogarth

3, Saville was only found guilty after his death and as people point out online, he was accused of abuse by people at places it was proven he had never been!

I am not saying he was innocent nor guilty but if this is a documentary or drama surely if it is factual and researched it might help identify things that did or did not happen.

Not all residents online and at the daily post object to the filming and the argument is quite balanced, yet this article does not reflect this balance, just the hysteria over a drama that people do not have to watch.

People in Llandudno have had their say on the decision to film part of a controversial drama in the seaside town.

Steve Coogan, best known for his role as Alan Partridge, has been spotted in various locations in North Wales filming the upcoming BBC One drama The Reckoning.

Coogan, 56, was unrecognizable when spotted in Rhos-on-Sea over the weekend as he plays sadistic pedophile Jimmy Savile who died in 2011 at the age of 84.

He has since been spotted on the Llandudno promenade in various locations whilst filming for the mini-series continues.

It will trace the life of Savile from his working-class origins to TV stardom and the sexual abuse scandal that emerged after his death.

A large number of residents of Llandudno have taken to a local Facebook group to express their anger over the filming taking place in the town, which was recently dubbed one of the most beautiful coastal towns in the UK.

The BBC has defended the decision to make the drama, saying they intend to give Savile's victims a voice.

Commenting on a shared image in the 'You know your from Llandudno if you...' Facebook group, many residents have not held back about the decision.

Lisa Beacher posted: "Why would Llandudno do this? We have The Pier on ITV to promote and then they do this it's so wrong!"

Paul Jono Jones said: "No other resort would allow this... What's happened to our morals... It's disgusting... Llandudno twinned with Hell... associated with a beast... lower than snake s**t."

Susan Evans added: "I'm from Leeds and my friends lived on his estate where his mum lived had birthday parties near his mum's, went running with the group (makes me feel sick) I now live in Llandudno, please don't bring his memory here."

Production for the show began in October 2021, and the revealed locations are in and around Greater Manchester, starting in Bolton, and is set to be filmed in various locations across Llandudno and North Wales over the coming weeks.

The show has been marred by controversy as many think it is still too soon to be dramatized.

Jimmy Savile died in 2011, and the following year was subject to hundreds of sexual abuse claims, going as far back as the 1960s. He never paid for or was charged with, his crimes.

One person added: "Shouldn't give that pedophile the time of day let alone make a film about him.

"Bloody disgrace, does BBC seriously think that people want to watch a drama about this horrible creature!

"And this is what we are forced to fund!!"

Caroline Wilkinson added: "Omg WHY would anyone want to play him?????"

One did defend the decision, however, saying that there have been a large number of occasions where actors have portrayed sadistic people from real life in TV dramas and in films.

Savile used his fame and influence to cover up his crimes during his lifetime.

Although there were claims whilst he was alive, they were all dismissed or ignored, with Savile even taking legal action against some accusers.

Police consider Savile to be one of the most prolific sex predators to have operated in the UK.

The upcoming drama will cover Jimmy Savile’s life, from his working-class early years in the dance halls of Leeds to becoming one of TV’s biggest stars, hosting hit shows in the 1970s, were on set many victims were targeted.

It will also explore Savile's prolific sexual abuse of underage kids which was only revealed a year after his death in late 2012.

There is no current release date for the show but is expected to air early next year.

Speaking previously, controller of BBC Drama Piers Wenger said: "We don’t intend to sensationalize these crimes but to give voice to his victims.

"We’ll work with survivors to ensure their stories are told with sensitivity and respect.

"Our primary intention is to give a voice to the victims and tell stories with the utmost respect. Documentaries (on Savile) take you so far in showing the heinous and appalling nature of his crimes but I’ve yet to see one that shows how he was able to render his victims so powerless or hide in plain sight.

"I feel very confident this is a story that needs to be told and there is a public interest in it."