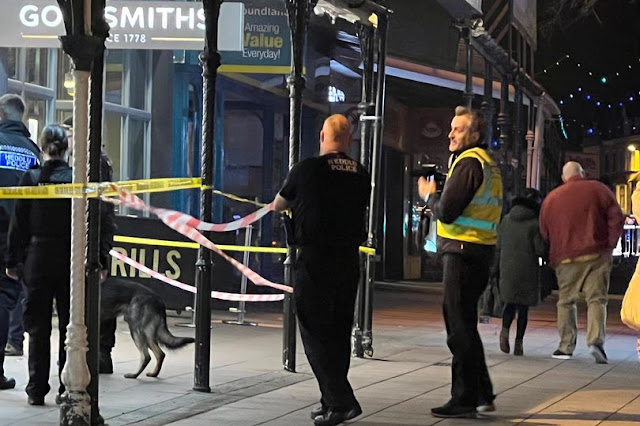 We will be seeing a lot of drug dealers in the town suddenly wearing Tag Heuer watches! Or if the addicts have stolen them, they will be trying to sell them to pay for drugs! This is a very sad thing to have happened, I hope the staff are alright.

A "quantity" of Tag Heuer watches were stolen during a robbery at a North Wales jewellers.

North Wales Police are appealing for witnesses to come forward after a raid at Goldsmiths in Llandudno on Friday night.

The force confirmed that among the items stolen from the Mostyn Street site were a "quantity of Tag Heuer" watches.

The force is asking anyone who may have witnessed the incident to come forward.

They are particularly interested in anyone with dashcam footage, who was in and around the area at the time of the robbery.

Posting the appeal on their Facebook page, they said: “We are seeking witnesses to a burglary which occurred at Goldsmiths Jewellers, Mostyn Street in Llandudno, on the evening of Friday 12th November, in which a quantity of Tag Heuer watches was stolen.

“Officers are also appealing to anyone who may have Dashcam footage of the incident on the evening to get in touch.